Well we all love sugar, but did you know how much is too much? 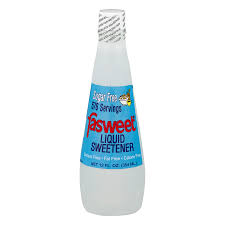 Desserts aren't the only culprit! Sugar in a liquid form via beverages like sodas, energy drinks, and sports drinks is the largest single source of added sugar in Americans’ diets, according to the USDA. It comprises 36 percent of the added sugar Americans take in. Think about how much easier it is to overdo it with an energy drink than it is to do the same with a bowl of ice cream, and you’ll start to realize how this works. Science even says so: It's hard to feel as full from a high-calorie drink as it is from chowing down on the same amount of calories, according to research in Journal of Human Nutrition and Dietetics.

2.DOGS HAVE A SWEET TOOTH, BUT CATS DON'T.

Scientists are still studying why some animals have a preference for sweet foods and others don’t. They’ve found, for example, that dogs enjoy sweet foods while cats and other felines don’t have sweetness receptors in their brains. They’ve hypothesized that sweetness receptors are unnecessary for carnivorous animals, as well as for animals that tend not to chew their food at all, such as dolphins and sea lions.

3.You Can’t Figure out the Added Sugar from the Grams of Sugar Listed on the Food Label 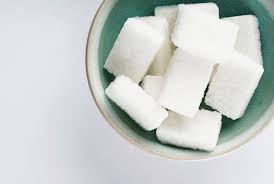 When I first learned how much added sugar is hidden in food products, I assumed that the ingredient label tells the whole story. But that’s not true. The sugar listed on a food label is not always just added sugar; it also includes sugar naturally occurring in the foods contained in the product.

4.We’re eating less sugar that is 100 per cent sucrose 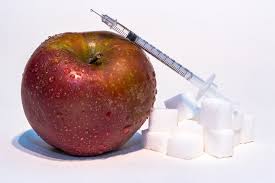 Canadians are consuming less natural sugar than they were a few decades ago, according to figures released by Statistics Canada in 2010.

This is partly because the food and beverage industry is relying less on sucrose and more on high-fructose corn syrup.

One thing that sets natural or table sugar apart is that it is 100 per cent sucrose and does not contain reactive carbonyls, which are highly reactive compounds associated with the "unbound" fructose and glucose molecules present in human-made sugars.

Fructose, an increasingly popular type of sugar, can harm the liver much like alcohol, according to research in Journal of Hepatology and Nature. Fructose is what makes fruit taste so delicious, and as you know, sugar in fruit is a-okay since it’s naturally occurring. The problem is when fructose is manipulated: manufacturers take it from corn, beets, and sugarcane. Much like grain when it undergoes the refining process, fructose loses fiber and nutrients that help your body handle it properly—so it taxes the liver. Specifically, scientists are starting to link fructose consumption to non-alcoholic fatty liver disease (too much fat build-up) and non-alcoholic steatohepatitis (liver scarring, inflammation, and fat build-up).

6.EATING SUGAR CAN GIVE YOU WRINKLES. 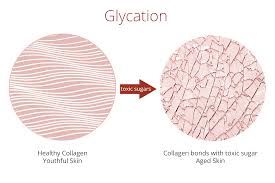 It’s common knowledge that eating too much sugar can cause weight gain, but few people know it can also affect the elasticity of your skin. It turns out, overconsumption of sugar causes glycation—a process in which the sugar in your bloodstream binds to proteins, forming molecules that make the collagen in your skin more brittle—which, in turn, causes wrinkles.

7.It’s Easy to Eat More Sugar Than You Should

Heinz ketchup contains 1 teaspoon of sugar in each 1 tablespoon serving. A container of flavored yogurt (Greek or regular) can contain almost 5 teaspoons of added sugar (beyond the naturally occurring sugar in the yogurt itself) and protein bars like the Clif banana nut bar contain over 5 teaspoons of sugar (22 grams) each.

Sports drinks often have 3½ teaspoons or 14 grams per 8 ounces. (Keep in mind that many many sports drinks, like one below, come in 16 or 20 ounce sizes. If you guzzle one of them after a workout, you are drinking tablespoons, not teaspoons, worth of sugar.)

8.Canadians consume about 26 teaspoons of sugar per day 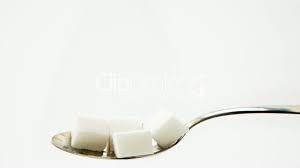 Canadians get about 21 per cent of their daily calories from sugar, according to a 2011 Statistics Canada report on the sugar consumption of Canadians of all ages.

The report, which didn't distinguish between naturally occurring and added sugars, noted that on average Canadians consume 110 grams (26 teaspoons) of sugar per day — an amount considered moderate by at least one dietitian.

While 31 per cent of Canadians' daily sugar comes from fruit and vegetables, a higher percentage ― 35 per cent ― comes from the "other" foods category, including drinks and candy, that are high in added sugars.

9.Too Much Sugar Is Potentially Linked to Tons of Diseases 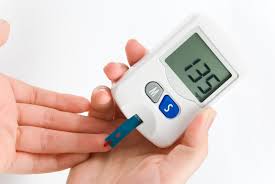 New studies are showing possible links between too much added sugar and various diseases beyond the ones covered in metabolic syndrome. Although none of them are confirmed, the research is mounting. Overconsumption of sugars and refined carbs might raise the risk of certain cancers and bring about higher rates of recurrence and lower rates of survival after therapy, according to research in the New England Journal of Medicine, Clinical Advances in Hematology & Oncology, and The Journal of Physiology. It’'s also potentially connected to Alzheimer's disease, per a study in The American Journal of Clinical Nutrition. If that isn't enough to convince you, there might be an association between how much sugar you eat and how quickly your skin ages (think: wrinkles!), says research in The Journal of Physiology, Clinics in Dermatology, and Physiological Research / Academia Scientiarum Bohemoslovaca.

10.Sugar can affect the brain much like cocaine and alcohol 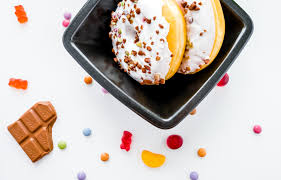 Eating sugar might lead to just wanting more of it down the line. Sugar can affect the brain much like cocaine and alcohol, according to a brain-scan study from the U.S. National Institute on Drug Abuse. Those changes, in turn, can lead to more cravings for sugar. There's the good kind of cycle that follows the word "Soul," then there's the bad kind that turns into an endless loop of sugar cravings. Thankfully, there are ways to wean your brain off and train it to go gaga for the healthy stuff
Sugar is delicious but in the same time dangerous, if you are looking for workout clothes check out our fitness and yoga leggings page.