We all see them in the gym, most irritating people in the world.

1.Putting the curl bar in the squat rack. This is the ultimate sacrilege.  Just think about the lazy, ludicrous nature of this iron travesty! The guy doing curls is too lazy to pick the curl bar up from the floor! He thinks picking the 45-pound EZ-curl bar off the floor would waste valuable curl strength. This idiot ties up the sacred squat rack, desecrating the holy leg altar with set after set of cheat curls that go on forever—while keeping squatters from using the squat rack. Between sets, the squat rack curl dude spends ten minutes “recovering” while wandering around talking with whoever is dumb enough to listen. This guy knows only one subject: himself. Watch his eyes as he lovingly stares at the mirror while doing his squat rack cheat curls. 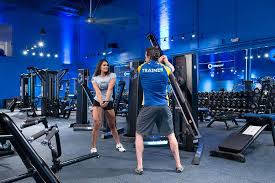 Don’t offer random advice to someone if you don’t know them, unless they are on an obvious road to injury. If you just can’t hold back and feel the need to be a busy-body, then ask first if they want some advice. Some will say yes, but if someone says no, respect that and leave them alone.

And guys: quit gawking at girls (and vise versa). Some people actually go to the gym to exercise (crazy, right?!), so keep your eyes and comments to yourself. Chit-chat is fine, but trolling for gym-chics is just gross

3.Keep More Than Two Sets Of Weights With Them At A Time 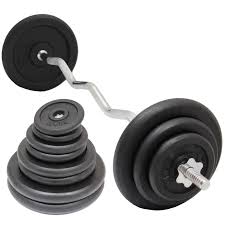 It seems that some men think they can get larger through osmosis. If they surround themselves with enough sets of dumbbells,they seem to think, they will magically become larger. Novice weight lifters like to work their way incrementally up to their max and then work their way back down. Not only is this incredibly selfish, but this logic is flawed. There are two tried and true approaches to dumbbell workouts. Either you go with high weight and low reps or lower weight and higher reps. Either you are focused on building mass or improving your muscle tone. By keeping every set of weights from 20s through 50s at your feet, you are not only taking weights away from others but you are straddling the two approaches, making your workout less effective.

A couple of visitors to a Gold's Gym in Paramus, N.J., decided to get naked and weigh themselves before they started working out. The two men didn't seem daunted by the fact that the scale was outside the locker room. They hung out by the scale, in full view of the other, clothed patrons, until a manager asked them to put some clothes on. They told Mike Epstein, the gym's owner, that they did that sort of thing all the time at their home gym. Perhaps they meant "home gym" as in the one in their basement.

5.Not unloading barbells or machines when you’re done.

This is blatant, passive aggressive gym territory piss marking.  Usually committed by the facility’s nighttime clique of faux bodybuilders (who never compete), poseur lifters (who never compete), and “athletes” (who never compete). This unpardonable sin is committed by the male bimbos who close down the gym—do they have nowhere else to be? These late-night macho boys love to act out and strut in all their peacock glory, imagining they’re in a personalized version of their favorite reality TV show, Jersey Shore.  They seem to know just how much they can get away with before they’re kicked out.

6.Talking (Too Much of) the Talk 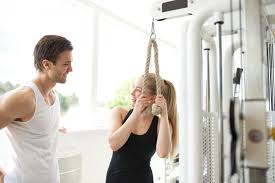 Fed up with people gabbing on their cell phones as they used the elliptical, many gyms have banned cell phones around workout equipment and designated areas for patrons to make calls. Still, people forget. "There's nothing worse than running on the treadmill and having someone next to you conducting an extremely loud conversation," says Hufcut, who's seen some people use walkie-talkies while on the treadmill.

7.STAKING CLAIM TO EQUIPMENT WITHOUT CHECKING TO SEE IF OTHERS ARE USING IT 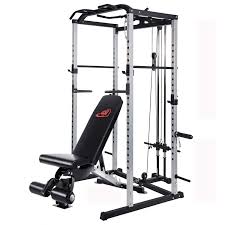 I do a lot of supersets, giant sets, and circuits myself and with my training clients, so I often step away from a piece of equipment and come back a couple minutes later. I am always willing to share equipment, but many people won’t ask and they claim that piece of equipment for the next 20 minutes solid, and I still have 3 more sets to go.

This happens a lot, and I have had to change my training plan for clients in the middle of our sessions because of this. I often leave a water bottle or my notebook behind to show that it is currently in use, but people are welcome to jump in to use it between my sets if 1) they ask and 2) they don’t start hogging the machine. 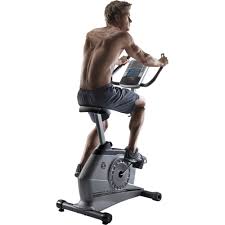 It's common and profoundly annoying: gymgoers get carried away listening to their music players. Before they know it they've treated everyone in the room to an off-key rendition of "...Baby One More Time." "I call it karaoke gone bad, because there is no background music and they're singing at the top of their lungs," says Harry Reo, a regional vice president for 24 Hour Fitness. 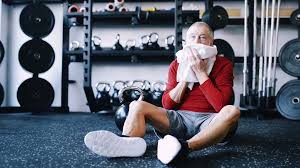 Seems basic, but enough people forget to wipe down their equipment after using it that this was one of the four deadly gym sins included on an informational video NYSC taped a few years ago. During the segment a careless gymgoer didn't dry off his machine; when he stood up, the entire machine was covered in dripping goo. 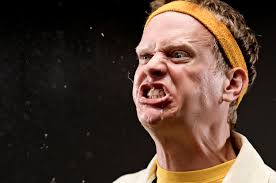 We get it, you are young, immature, and full of piss and vinegar. These people populate every serious commercial gym at night and between noon and 5PM on weekends. They naturally cluster together and form training cliques. Once a tribe is formed, it’s just a matter of time before the acting-out begins. It starts with loud yelling and screaming. If management doesn’t stop it, the show escalates into foul-mouthed cursing, role playing, and macho posturing. This mutual admiration society of preening-peacocks shouts fitness clichés without the slightest hint of irony. With no concern for the women or children who might be within earshot, these macho man-boys have something to prove. They act as if they were cast as professional wrestlers.  Eventually they assume pretend personas when they “train.” The tribe members take turns engaging in amazing (to each other) feats of strength and will do anything to grab attention.

If you are looking for workout clothes check out our fitness and yoga leggings page.