Some of the sport stars go through hell to achieve greatness. Here are my top 10 most motivational sport stories 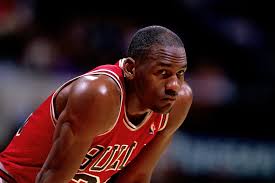 Michael Jordan has been praised to the skies and is often referred to as the best basketball player of all time. He attributes his success to his many failures because he has claimed they made him try even harder. They certainly did not discourage him. When he was very young, he was not even thought to have a great talent. He was cut from the high school basketball team. He has actually counted his failures and they include 300 lost games and he has missed taking the game winning shot 26 times. Most champions are discouraged and unmotivated by failures but Michael Jordan had the right attitude and regarded them as the recipe for his success. 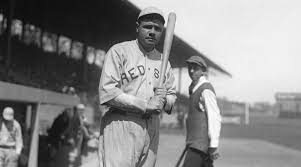 Considered as one of America’s greatest sporting heroes, Babe Ruth is yet another phenomenal story of a turnaround.
Having started well, his game went down and for a decade, he held the record for the highest strikeouts (1,330). But as they say, strong characters turn it around. Babe went on to change his fortunes and created the record of having the third highest home run tally.

''Every strike brings me closer to the next home run'' 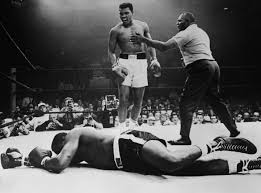 Muhammad Ali accomplished victories in and out of the ring. Some of the most memorable ones are the ones he won without his gloves on. Firstly, he decided to convert to Islam. At the time, this religion was controversial in the United States. He changed his name from Cassius Clay to Muhammad Ali. Despite opposition from his family and the society, he owned his new religion and eventually became a symbol of strength in Islam.

On April 28, 1967, Muhammad refused to join the U.S. army to go and fight in Vietnam. He indicated that he had no quarrel with the Vietcong and thus did not see why he should go and fight them. Due to his decision, Muhammad was immediately stripped of his boxing heavyweight title and faced up to 5 years in prison for refusing to enlist. He was also fined $10,000 and was banned from boxing for 3 years. He appealed the charges and the U.S. supreme court later acquitted him of the charges. On October 30th 1974, he beat George Foreman and reclaimed his heavyweight title. For 7 years he battled the courts, society, popular opinion, other boxers and emerged victorious.

In the later years of his life, Ali began a final battle. Thanks to decades of taking hits in the ring, he developed a severe case of Parkinson’s disease. This disease is caused by the degeneration of special nerve cells in the brain and this results in an inability to move your limbs properly. It is a progressive disease that gets much worse over time and Ali suffered every minute of the condition. 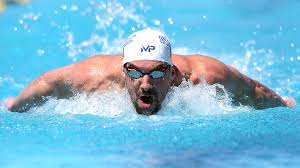 Michael Phelps is considered the greatest Olympian swimmer of all time. Everyone thought that no swimmer would be able to win 8 gold medals in just one Olympic Games. Michael did just that and he has 19 Olympic medals, 15 of which are gold! The remarkable thing about him is that as a child he suffered from ADHD and was on medication for some of that time. Most people assume that people with ADHD suffer from restlessness, impulsiveness and a very short attention span. But they also have an incredible capacity to remain hyperfocused on an activity they are passionate about. Michael has been able to use this with enormous success. By channelling his energy and focus, he has been able to exploit the positive side of ADHD.

Phelps has shown that he can beat the most disciplined and strongest swimmers in the world and is an inspiring example to anyone who suffers from a mental disorder or other disability. He has another secret in that he uses the power of visualizing success before he starts any swim. He started this process when he was only 7 years old. He realized there were no limits to success and once you are passionate about your objective, nothing can stop you. 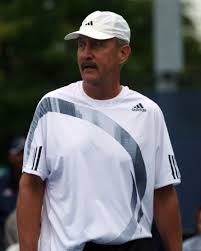 Once rejected to be a ball boy for being clumsy and uncoordinated , Stan Smith went on to become a successful Tennis star.

Stan went on to win Wimbledon, US Open and eight Davis Cups, and formed one of the most successful doubles team. 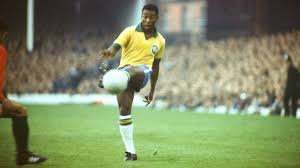 Hailed as the greatest professional soccer player of all time, Pele grew up very poor in Brazil. He was born on 23rd October, 1940 in a small town known as Mans Gerais. Being the first born son, Pele had to contribute in providing for the family. He would work as a servant in various tea shops in his town to help make ends meet. As a boy, he enjoyed playing soccer. However, Pele could not afford a proper soccer ball. So he stuffed newspapers in a sock and tied it up with a string to make a ball. When that option was not available, Pele would play with a grapefruit to hone his skills. Over time, his talent was noticed and he played for various indoor and outdoor Brazilian soccer teams.

He began his long journey to super stardom at the Bauru Athletic Club juniors. Before long, he was playing for famous Brazilian football team Santos and eventually the national team. He is a very decorated soccer player. The 1958 World Cup was his crowning moment. He was only 17 years old that year and he made a record as the youngest player to score an international goal in soccer. He also performed a hat-trick and led team Brazil to victory. The football legend indicates that when a victory is difficult, there is much more happiness in the win. Currently a United Nations (UN) ambassador for ecology and the environment, Pele is truly an inspirational athlete. 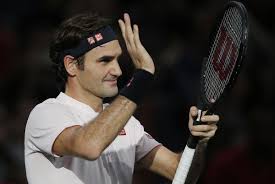 Not to stick exclusively to one sport, but Roger Federer – now inarguably the best in the history of his sport – has taught us a more traditional brand of professional perseverance. He hasn’t had the obstacles in his personal life that the Williams sisters have faced – at least not that have been made public – and by all accounts seems to lead a fairly charmed existence.

That said, however, he’s also come back from injury and poor (for him) performance in a way few athletes ever had. The mid-30s are essentially retirement age for tennis players, and in the fall of 2016 Federer might have had to face that as a real possibility. He hadn’t won a Grand Slam tournament in four years; he no longer seemed to have the condition to win longer matches against top opponents; and on top of it all, he had knee surgery and cancelled the remainder of his season.

If not the end, it looked like the beginning of the end for the Swiss champion. Then 2017 arrived. Federer stormed back from injury, won the Australian Open, and asserted himself once more as one of the best men on tour. Every sports fan that there is, must have cheered for him – given what he conquered on court that day. He became the epitome of what one could end up doing – with enough will power, discipline and love for what one does; with the courage to persevere.

Now 36, he’s being referred to as a hot favorite at the U.S. Open. It’s been a truly remarkable comeback, and a reminder to us all never to give up too soon. Such stories of perseverance – are the ones that often life so endearing.

It’s difficult to think of an athlete who’s overcome more than Venus Williams, nor one who’s faced obstacles on a more consistent basis. She hails from a rough neighborhood in California, where many don’t realize her older half-sister was shot and killed in 2003.

As young players Venus and her sister Serena faced racial profiling in a sport that was more traditionally played by white players. Yet they both kept at it and became some of the best champions in the history of the sport. Even beyond that triumph, however, Venus has had to overcome personal hurdles.

Imagine being told that you will never walk again! That was what doctors told Kieran after they removed a cancerous tumor from his thigh at the age of 10. The operation went badly, so badly in fact, that he woke up screaming in pain from massive nerve damage. Up to then, he had been crazy about gymnastics and was determined to become an Olympic champion. But how could he do that when he could not even walk now and was confined to a wheelchair?

Kieran was going to show them and he started on the long road to recovery. He was 15 months in a wheelchair but he persevered and was back in the gym. But within a few a months he slipped from the high bar and sustained a terrible head injury. He was so badly injured that frequent blackouts happened when he literally blinked. He missed a whole year at school but the gym was beckoning again. This time though, he had to overcome the challenges of that awful injury. He had to retrain his brain and get back his co-ordination. He returned to school using a walking stick and was cruelly taunted by his classmates.

It then took him three years to get back to where he had been before the awful accident. But he suffered several fractures. Then another blow came when his knee snapped just after he had been selected for the European Championships. Behan has said that was when he was about to give up.

But he never gave up and succeeded in becoming the Challenge World Cup floor champion.in 2011, and his greatest moment of glory was when he qualified for the London 2012 Olympics. He had become an Olympic athlete after being through terrible pain, trauma and setbacks. A glorious example of the Olympic spirit. 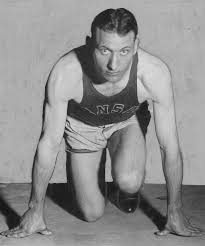 Once, a young school boy was caught in a fire accident in his school and was assumed that he would not live. His mother was told that he was sure to die, for the terrible fire had devastated the lower half of his body. Even if he were to survive, he would be a cripple throughout his life.

But the brave boy did not want to die nor did he want to be a cripple. His determination to walk was indomitable and his persistence finally paid off. He began to walk to school, then run to school, to run for the sheer joy of running. Later in college he made the track team.

In February 1934, in New York City’s famed Madison Square Garden, this young man who was not expected to survive, who would surely never walk, who could never hope to run – this determined young man, Dr. Glenn Cunningham, ran the world’s fastest mile.

If you are looking for workout clothes check our fitness and yoga leggings page.
Sources:www.akashgautam.com, www.lifehack.org, www.blog.playo.co, www.greatperformersacademy.com